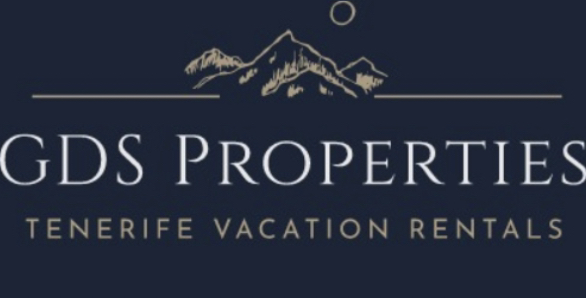 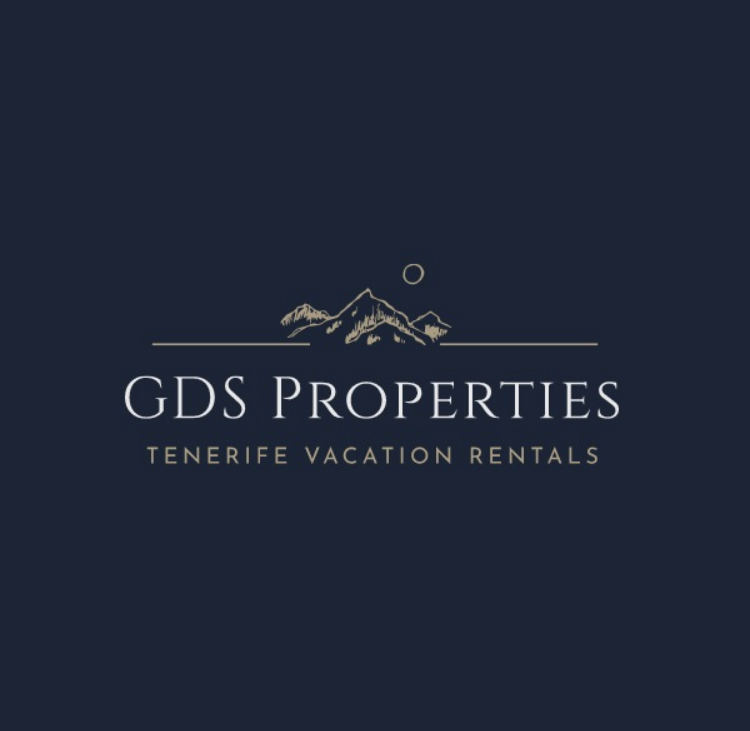 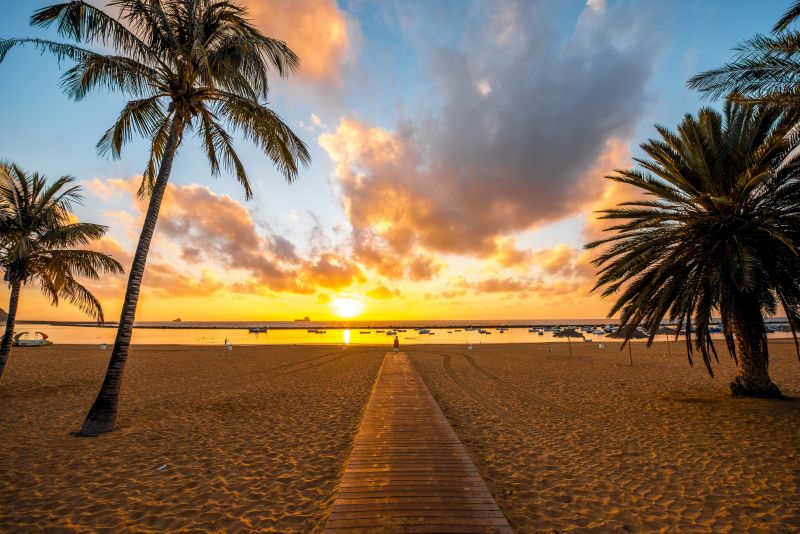 The largest island of Spain’s Canaries chain, located in the Atlantic Ocean, just off the coast of Morocco, Tenerife showcases year-round sunshine, exotic natural scenery and some of the most spectacular stretches of sand that you’re likely to come across outside of the Caribbean or the South Pacific.

Here are 10 of the top beaches in Tenerife. Each one highlights its own unique style and appeal, offering something to attract almost everyone – from the chilled out sun worshippers to the active sporty types. Best of all, all of these beaches are within easy driving distance of all our Golfe del sur rentals

One of the largest natural beaches on the island, Playa de la Tejita is situated near to the laid-back kite-surfing haven of El Médano on the east coast. Less than half-an-hour’s drive from Golf del sur Tenerife resorts, this windswept sandy beach curves directly into a stunning landmark – Red Mountain or Montaña Roja, which juts straight up from the aquamarine sea.

A favourite with nature lovers and naturists alike, this golden-sand beach is virtually deserted during the week and remains largely undiscovered by most tourists. With its relatively shallow waters and charming cove, Playa de la Tejita will enchant those who are looking to escape entirely from civilisation.

Set along the north eastern shore of the isle, within close proximity to its capital, Santa Cruz de Tenerife, this picture-postcard beach is only about an hour’s drive from the Tenerife resorts of Golf del sur. It would be hard to find a more beautiful beach than man-made Playa de las Teresitas with its two-kilometre sweep of silky Saharan golden sand fanned by waving palm fronds and lapped by turquoise waters.

Despite its renowned prettiness and easy access to a wide selection of restaurants serving up fresh fish, bocadillas and tapas, this beach is usually remarkably uncrowded. Overlooked by the dramatic Anaga Mountains, this idyllic spot is a magnet for those in search of the quintessential beach.

A white-sand beach lined with elegant striped huts and thatched straw parasols, and presided over by a quaint colonial-style restaurant on stilts, Playa del Duque serves as a mecca for those beachgoers who crave the high life and adore being in the very centre of it all.

Located on the western tip of Costa Adeje, within a 10-minute drive from Golf del sur Tenerife resorts, this beach not only promises sun-soaked hours of swimming and people watching on the satiny sands, it also sits near to chic boutiques and delicious restaurants.

Gorgeous, black-sand El Bollullo imparts an authentic taste of the true Tenerife. Nestled below cliffs that are tucked behind banana plantations, just to the east of Puerto de la Cruz, this beach redefines the concept of “secluded”. Yet, it’s still only about an hour-and-a-quarter’s driving time from the splendid resorts of Golf del sur in Tenerife.

While it undoubtedly calls out to those adventurous spirits who want nothing more than to explore untamed nature, this beach also beckons gentler souls. You won’t find any hotels or shops backing onto Playa El Bollullo, but the beachfront café will do the trick. Not to mention, the views are simply unforgettable.

This black-sand beach in the northern city of Puerto de la Cruz offers a cornucopia of delights, with elements sure to please just about everyone. Playa Jardin’s most outstanding feature is its magnificent tropical gardens, including a man-made waterfall, which were designed by famed Spanish artist and architect César Manrique, as part of his innovative plan to create a magical coastline for the island.

With the majestic and often snow-clad peak of active volcano Mount Teide looming in the distance, and the vibrant profusion of plants and flowers that creep almost up to its black sands, Playa Jardin or “Garden Beach” will surely not disappoint those who have always dreamt of relaxing in a breathtaking tropical paradise.

Beachgoers of all ages will take delight in splashing about in the refreshing blue-green sea. And afterwards, head over to the promenade where there are plenty of ice cream kiosks, restaurants and shops to keep you busy and make certain that everyone is happy and well-fed.

Towered over by cliffs that soar up to 800 metres high, the black-sand beach of Playa de los Gigantes or “Giants Beach” can be found on the west of the island. Imagine working on your tan as you gaze out at a placid bay, bordered by steep stone mountainsides that slope precipitously down into the sea.

Although a popular spot, the sheer natural loveliness of Playa de los Gigantes, which is only half an hour away from the Tenerife resorts of Golf del sur, will have you feeling like you’ve happened upon your very own castaway haven.

Only an 15-minute drive from Golf del sur Tenerife resorts, Fañabé Beach lures those who thrive on constant activity and enjoy spending hours taking part in a wide variety of water sports.

From jet-skiing and parasailing to banana boating and paddle boarding, this sandy beach has you covered. Plus, for those less inclined to heart-racing pursuits, glass bottom boat rides are available to show you a colourful glimpse of the undersea universe just off the shores of Tenerife.

Adjoining Playa de la Tejita and displaying its own glorious views of the burgundy-hued Montaña Roja or Red Mountain, Playa del Médano is the largest beach in Tenerife. In addition to its seemingly vast spread of light golden sand and its windswept coves, this beach exudes a wild vibe that can’t help but pique the interest of nature fans.

With its windy conditions and wide-open bay, Playa del Médano is well-known as the ideal spot for surfing, kite-boarding and windsurfing on Tenerife. Yet, it’s also a great beach to simply sunbathe and feast your eyes on seascapes that will take your breath away.

Gently curving, golden-sand Playa del Camisón lies on a headland between Los Cristianos and Costa Adeje, only about 10 minutes away from the Tenerife resorts of Golf del sur. This gem-like beach – which is close to all the action of the main southern towns, yet set apart on its own mini peninsula – delivers a wide array of choices to suit most tastes.

Whether your idea of heaven consists of lazing under the Spanish sunshine all day long, swimming in clear aqua-coloured seas or sampling the local flavour at a beachfront bar or restaurant, you’re likely to fall in love with Playa del Camisón. 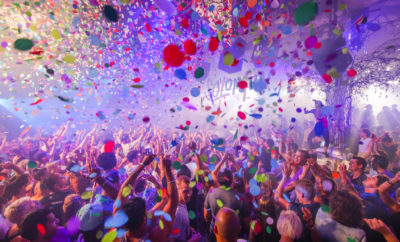 The Tenerife Night Life Guid...
Share on FacebookShare on Twitter A must-visit during holidays in Tenerife, Playa de Las Americas is a magnet for late night dancers in and around ...
Apr 21, 2015 , 0

Please fill in the log in or register forms